So this weekend I set off to do something I have never done before – a 50km trail race around the beautiful countryside surrounding Keswick.

The race in question was part of the Keswick Mountain Festival – which was ideal because it meant I could kid myself in the build up that I was heading up North for a holiday – which in hindsight isn’t too far from the truth.

I set off to Keswick on the Thursday with a friend from work (Cheers Laura) and after a quick pit stop in decathlon and grabbing a coffee, we were off.

Photo: Another sign that everything is better in the North…

3 solid hours of Scouting for Girls and ABBA later (this will become relevant later) – we pulled up in Keswick where remarkably it was excessively windy, inconveniently rainy and really quite cold – yet exceptionally beautiful. The welcome from the festival staff was warm, the check in process efficient (despite my best efforts at being disorganised), and I felt immediately at home and happy. Something which due to the great atmosphere, great company and great surroundings was to continue all weekend.

For the first few days, I fully enjoyed being on holiday. I did a few runs to scope out the local area, drank a few beers and a few glasses of wine with my wonderful work friends, ate lots of tasty food and generally just enjoyed the festival atmosphere. This did involve watching both an ABBA tribute band (Björn Again 🙈) and Scouting for Girls – both of which provided excellent entertainment and demanded some (may I say) excellent singing and dancing. It really was a fab first few days and I went to bed on Saturday evening feeling a little bit nervous, but genuinely very excited to set off on Sunday morning. 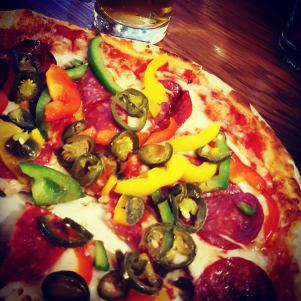 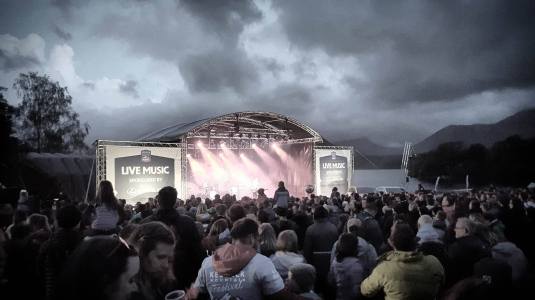 4:30 Am Sunday morning – a time of day I have not been familiar with for a long long time – my alarm went off and I knew it was time to get up, get dressed and get going. Naturally though, being me, this quickly turned into 5:15 before I decided to rush to get my stuff together (luckily I had packed most of it up the night before). Though I arrived at the course a little late for breakfast – I had picked up some walnuts on my way to the start (Cheers Aleks) and stood and nibbled on those whilst we had the briefing. At this point I was still pretty excited – the weather was near enough perfect, the atmosphere was still great and the bigger trouble in my mind was still the fact that someone had decided 6:00 Am was an appropriate time to start a running race… 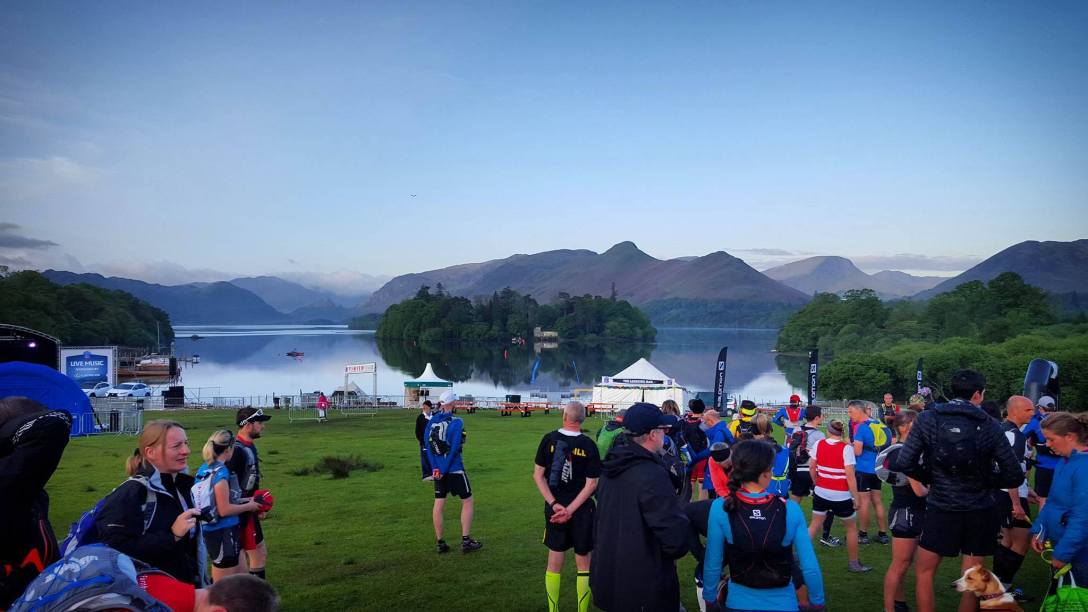 Photo: Beautiful scenes prior to the start…

Prior to the start of the race, I made an agreement that I would only stop and take photos every time I reached a 5 km marker – both to save phone battery and to avoid taking endless photos of the (I know I’ve mentioned this a few times) stunning scenery. This actually went fairly well – despite my 15 km photo not working and a lack of willing following 40 km – turns out when you are  running around this part of the world, when and where you take the snaps doesn’t really matter. So – here is the remainder of my 50 km adventure – in 5 km (ish) chunks.

Setting off I expected to be near to the back – it seems to take me around 7 km to get going – especially at this time in the morning! So I settled in to a gentle rhythm, let the proper runners disappear into the distance and got going. This is the view from 5 km in – nearing the top of Walla Crag – a small hill which felt like a big climb this early on, but on reflection rises just 379 m from the lakeside. 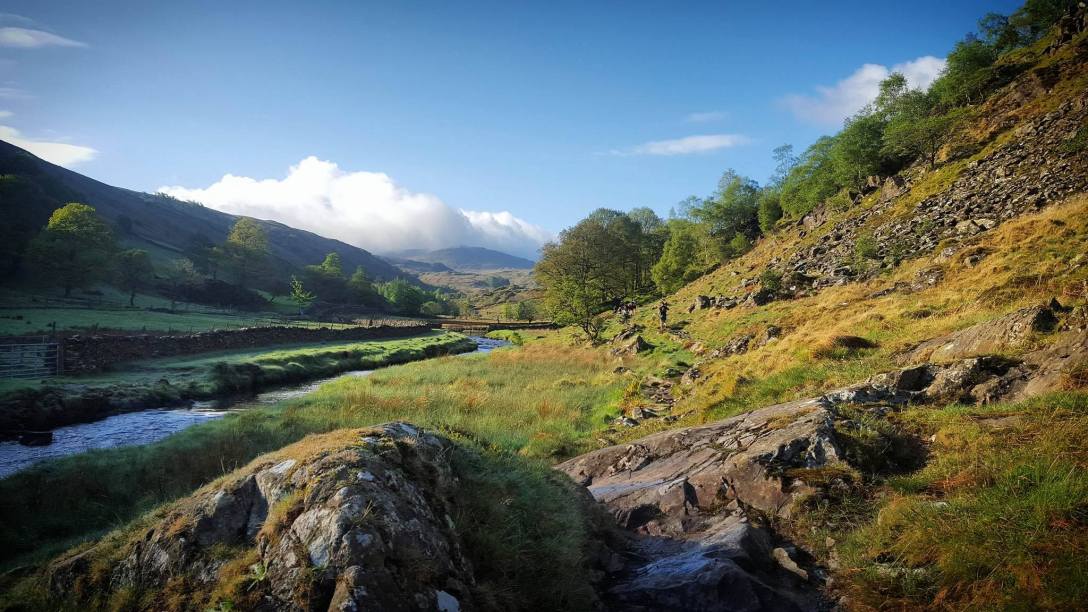 So the next 5 km took us down a bit of a decent and then up a beautiful river valley. By this point, my legs had finally started to warm up and I got to start enjoying the run! I did waste a good few minutes climbing over a  fallen bridge to avoid getting my trainers wet – but I stand by this being a sensible decision – despite the inevitable soaking they got from the peat bogs later on.

The picture I took at 15 km unfortunately didn’t work – however, it was between 10-15 km that I first stumbled across these two lovely ladies – Joanne and Morven – the two of which I ran most of the remainder of the run with – and without whom I would not have had nearly as much fun. My sincerest thanks to these two ladies – I learnt a lot from you both as we tootled round and I will definitely be taking some of your tips away with me in the summer!

Chunk 4 involved my second ascent of Honnister Pass in 3 days – weirdly I think this helped! So, in my complete amateur state, my tip to others is to go out and check out the route before hand – let yourself know what you are getting in for so that mentally you know you can do it. To all runners out there that is probably obvious. Or inaccurate. But for me it seems to make sense.

Chunk 5 was a tricky descent – tricky for me with my Bambi style coordination and ability to stand on the most unstable of objects possible – and then out onto the outside of Buttermere. The views coming into this valley were just amazing. I think it was around this time my legs started to think – hang on, haven’t we done enough for one day? But as we neared half way, moral was high, the running had sped up and the scenery made everything worthwhile. 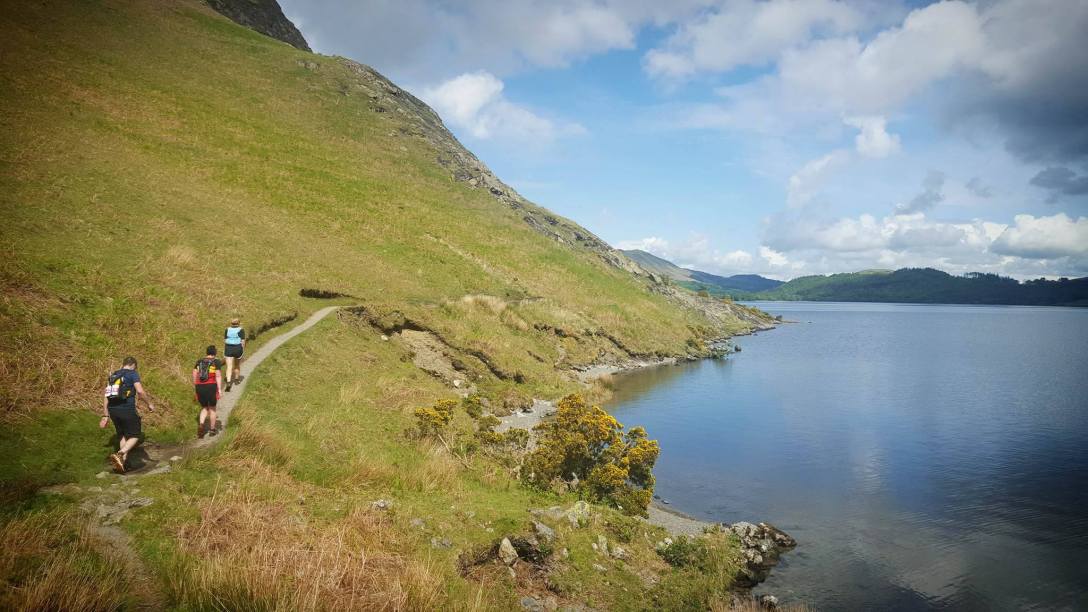 More lake (Crummock this time), some lovely flat bits and a lot of bog to negotiate. This was also the section in which we got to see a dead sheep spread majestically in a stream – not every day one gets treated to a spectacle like that. Grim. But memorable. 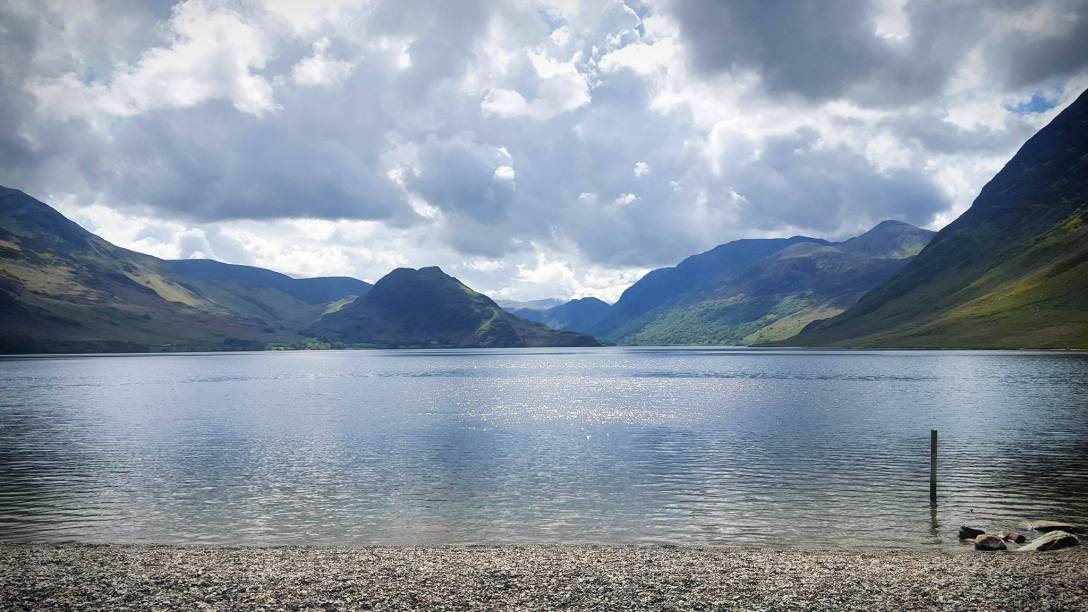 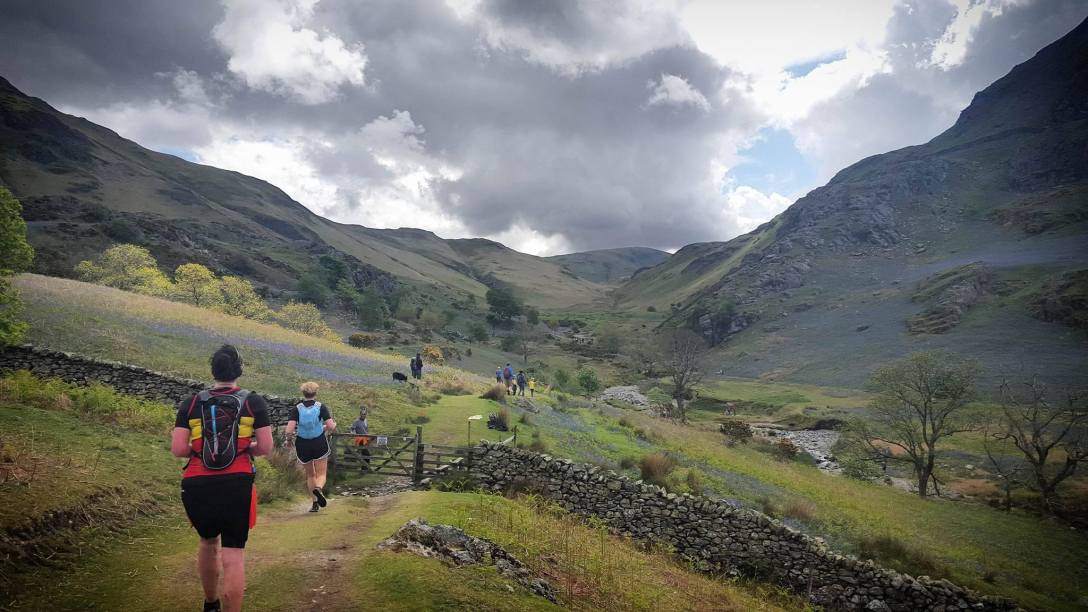 So, despite taking photos to 40 km, that photo really was awful – which probably reflects the fact that by 40 km, I can admit I was starting to get a little tired. This was a beautiful section of run though – up through a valley coated in bluebells and then down into Keswick.

These last few miles were hard – but I knew by this point there wasn’t far to go to the finish! The additional 4 km was also a bit of a shock – however thanks to some encouragement from Joanne and a bit of grit – I ran it in and actually think I could have gone further if I had to – though sitting here with slightly swollen ankles this evening perhaps it is good that I didn’t. 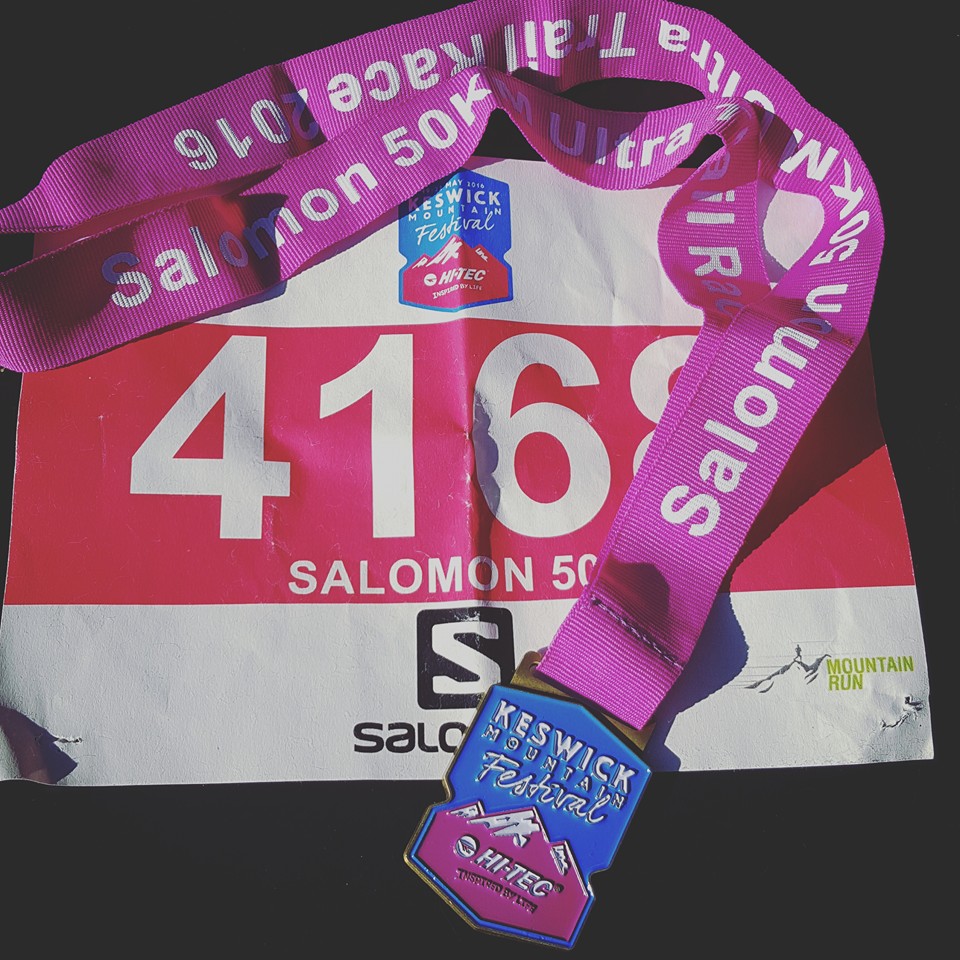 I really did have an amazing day out – and although initially I was a little disappointed that I took so long to complete the course, two months ago I don’t think I would have made it half way – so I think I can be proud of what I’ve done.

In addition I met some great people, took in some amazing sites, and proved to myself that the training I’ve been putting in is starting to have an effect. Not only this, the South Downs marathon (my next race 18th June) seems increasingly likely to be a walk in the park!

Thanks to all the organisers and marshals, to the other competitors for sustaining an incredibly welcoming community, and to those who encouraged me in the build up to the run. I’m glad to have taken part and can’t wait to smash my time next year!

One thought on “Pretending to be an Ultra Runner…”